Rights & Inclusion Australia (R&IA) is a national Disabled People's Organisation promoting the rights and inclusion of people with disability, with a focus on accessibility in the built environment. R&IA activities include work with First Nations people and Asia Pacific programs. R&IA is a member of the Pacific Disability Forum (PDF) and Asia Pacific Disability Forum (APDF). 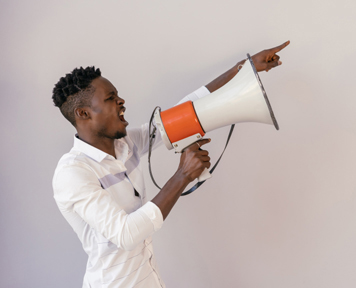 We were delighted to be able to attend a ceremony at the University of Canberra on Wednesday 25 May, where Sue was posthumously awarded  an honorary doctorate  in recognition of her many contributions. The award was received by Sue's daughter Luisa Fearnside. This is the first honorary doctorate conferred posthumously in the University’s 32-year history, and is further to Sue's being awarded as a Member in the general division of the Order of Australia earlier this year. As the University noted, Sue's life was one of dedication, service and commitment to others , whether by supporting individuals through difficult times, mentoring young and emerging leaders or by working for systemic change at local, national and international levels to promote and advance the rights and freedoms of women with disabilities.  You can read more of the University's awarding of the honorary doctorate to Sue here.

Released on the International Day of People with Disability, R&IA was heartened to see that housing is now elevated as an outcome area to 'Inclusive Homes and Communities' in Australia's Disability Strategy. Nonetheless, R&IA is disappointed in the approach taken to housing and other aspects of Outcome Area 2. Amid an acknowledged, whole-of-community housing crisis, no immediate priority has been given to the issue of accessible housing and making the built environment inclusive. There is no mention anywhere in the document of the decision by the Building Ministers Meeting in April 2021 to mandate the Livable Housing Design standard in the 2022 National Construction Code (NCC), nor of the work that needs to be done to ensure all states and territories comply with this requirement. You can read R&IA's further comments on the Disability Strategy in our December 2021 eNewsletter.

R&IA was delighted with the ACT Government's decision to support the national regulation of housing accessibility standards in the 2022 edition of the National Construction Code.  Both R&IA and ACTCOSS acknowledged the leadership shown by Minister Vassarotti and the ACT Government in this momentous announcement at the 30 April 2021 National Building Ministers' Meeting (BMM). Read Minister Vassarotti's media release, with comments by R&IA's Michael Bleasdale here.  You can read the BMM Communiqué April 2021 at https://www.industry.gov.au/news/building-ministers-meeting-communique-april-2021.

Please consider subscribing to R&IA’s monthly eNewsletters, and eBulletins. We will send out eBulletins as we have relevant time-bound information to share - this includes discrete eBulletins for the Opening the Door project.

R&IA's annual forum was held in September 2021. It had a focus on the approval of accessible housing standards to the National Construction Code 2022 and addressing the challenges to adoption by NSW and SA. View further forum details here.

Click on the thumbnail below to see the ‘Introduction to the Project’ video. Other project videos can be viewed on the Opening the Door page, including an overview of the Australian housing context.

Introduction to the Opening the Door project (Video 1)

Building Better Homes - A National Building Code for All Australians

The NSW, WA and SA are yet to commit to implementing accessible housing to the new 2022 National Construction Code. We only have until the end of the year to help them get on the right path. To contact your government to let them know how important accessible housing is for ALL Australians click on their logo.  Rights & Inclusion Australia is an active partner in the Building Better Homes campaign.

To become a member of R&IA or to make a donation click on the button below.

Join or Donate to R&IA